New Release Review! Theirs to Protect by Stasia Black! 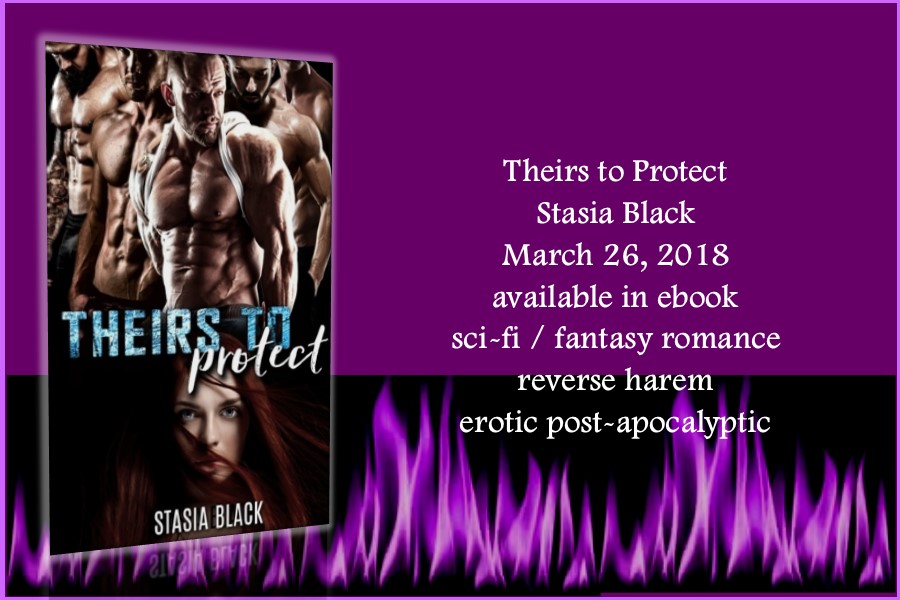 In a world where there’s only one woman for every twelve men, a lottery is the chance for five lucky men to win the prize of a lifetime… her hand in marriage.

Nix never put his name in the marriage lottery for a reason.
He doesn’t need a woman.

There aren’t that many to go around anyway, not after a genetically engineered virus wiped out 90% of the female population.
He has his job as head of the Security Squadron and it’s all he needs. He looks out for the township. He protects the few women who are left.
But when his name is called to be one of the five husbands to the woman rescued from the badlands, he doesn’t speak up to correct the error.
Because Audrey’s like no one he’s ever met before.

That’s the name for her.
She might be just the woman to handle a rough, brutal man like him.

Sharing her with four other men is a small price to pay.
In fact, the closer they all grow, the more Nix realizes he might finally have again what he lost so long ago—a real family.

But when Audrey’s life is endangered, will Nix be able to save the woman he’s just learned how to love?

Audrey and her men are strong, compelling characters with lots of sizzling chemistry. Each of the men have different personalities which adds to the difficulties of traversing this complicated relationship especially since the men not only have to convince Audrey to accept their relationship but they have to get used to sharing with each other.  So the romance is a bit rocky with lots of emotional turmoil and problems to overcome which keeps readers guessing as to whether this relationship will reach that ‘happily ever after’ or not.  Of course there is lots of steamy and electrifyingly hot encounters between Audrey and her new husbands that readers might want to keep a bucket of water close by… you know just in case your ereader starts to melt or you have a few hot flashes yourself.

This fast paced plot starts off with some sensitive action and proceeds to keep readers glued to the pages and hanging onto the edge of their seats as they deal escape attempts, difficulties of living in a post-apocalyptic world and of course bad guys and the author does a fantastic job of bringing it all to life with vivid imagery which ensures that the readers feel and understand the emotional impact of the story.

This is the first book that I have read by this author and I was unable to determine if the author intends to write more stories in this intriguing post-apocalyptic world, but I would certainly want to read them if she does. The story held me captive from the very beginning and I am looking forward to reading more of Stasia Black’s work in the future.

Theirs to Protect is available in ebook at:

Stasia Black can be found at: 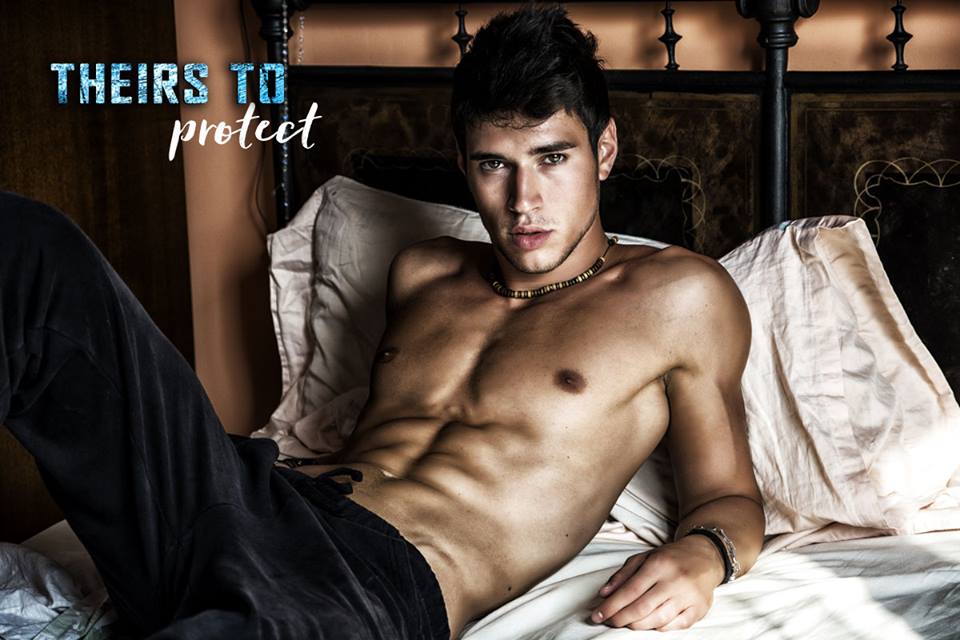