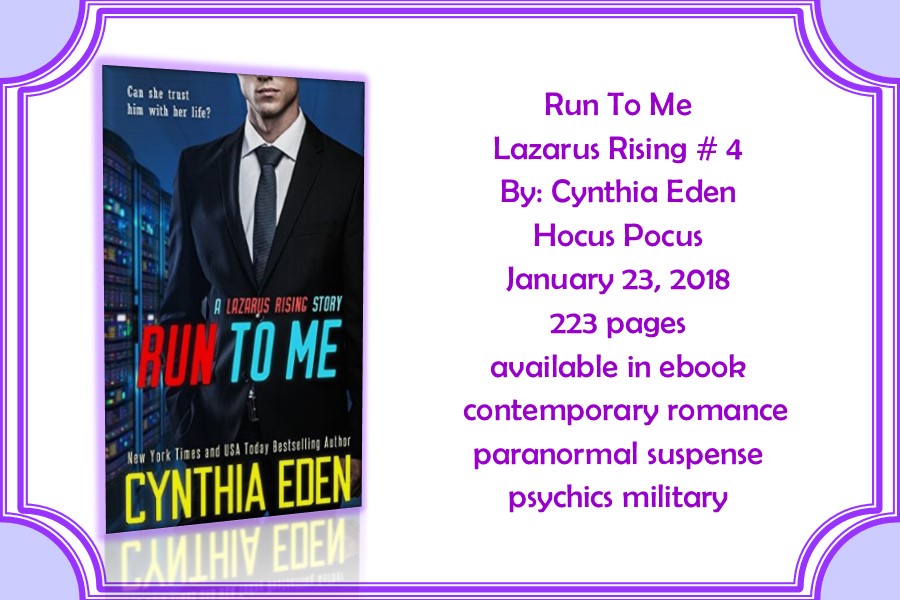 He’s used to getting what he wants…

Jennings “Jay” Maverick is a tech billionaire. He has the world at his feet, and he thinks he can buy anything…but he can’t buy her. One look at the mysterious Willow, and Jay knows that he is a goner. He wants to give her anything and everything she desires, but he’s the man responsible for the pain in Willow’s life, and getting close to her—well, that’s not going to be easy.

Her life is a nightmare that she can’t escape.

Willow woke up in one of the “Lazarus” research facilities. She now has increased strength, incredible speed, and some scary psychic bonuses. Because of the danger associated with her new gifts, she’s afraid to touch anyone. One touch from her, and a man’s darkest fears will seemingly turn into reality. But Jay isn’t afraid of her touch. Instead, he seems to…crave it. To crave her.

She can’t trust him, and he won’t let her go.

Willow knows that Jay has been involved with Lazarus in the past, but he swears he only wants to help her. She never expects the white-hot desire that burns between them, a desire that grows more with every moment that passes. Thrust together as allies, Willow finds herself wanting to put her faith in Jay, wanting to find someone she can rely on, but Jay may still be keeping secrets from her. Secrets that could get them both killed.

When darkness and danger close in…RUN TO ME.

The electrifying Lazarus Rising series continues with another thrilling novel full of fascinating characters and an exciting plot that keeps reader glued to the pages.

Willow and Jay’s story is one sensational story that really has readers holding on the edge of their seats. Willow and Jay’s relationship is explosive with not only chemistry but emotional issues as well which really compels readers to want to get know them and in my case had me rooting for their “happily ever after” especially since in this book that remains questionable throughout.

The story not only has keeps the suspense building in the relationship, there seems to be danger following Jay and Willow with every step that they make. The thrills continuously build excitement as twists and turns keep readers guessing on just who is the bad guy, especially since when the enemies include the original scientist involved in the Lazarus project and Willow’s lack of a past and Jay’s secrets that add to the anticipation.

Cynthia Eden’s wrote another sensational book that I couldn’t put down. The Lazarus Rising series is fast becoming one of my favorites, so I can’t wait to read the next one, especially after that interesting conclusion.

Run to Me is the 4th book in the Lazarus Rising Series.

Run to Me is available in ebook at: