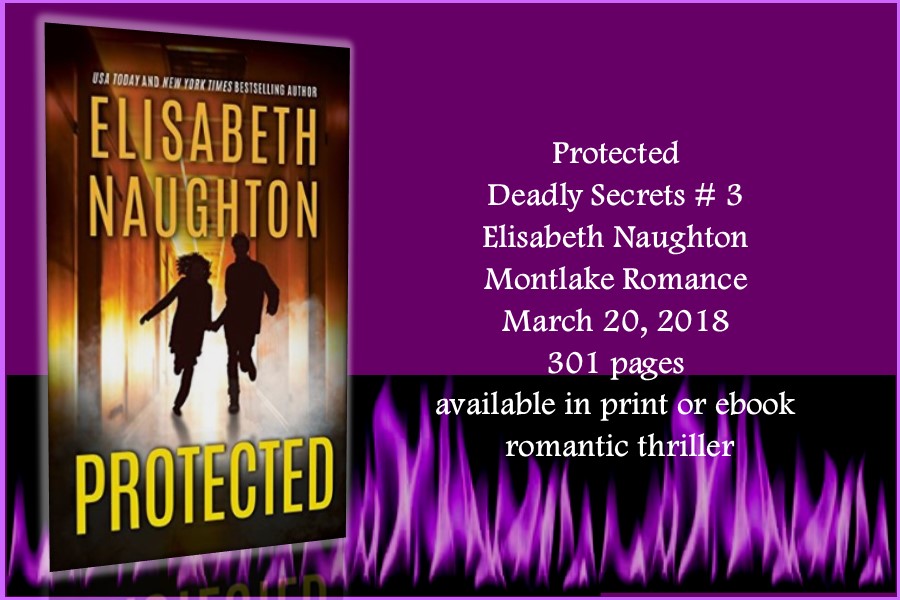 Up-and-coming designer Kelsey McClane is on the cusp of success. Recently divorced, she should be enjoying her newfound freedom and glamorous future. Instead, she’s living in fear of the past. When she returns home to Portland on a press tour, danger creeps closer than ever. As threatening messages from her bitter ex-husband leave her vulnerable, a new man in her life makes her feel protected.

Former Army Ranger turned security professional Hunter O’Donnell is hired to guard Kelsey. When a shattering explosion rocks her world, Kelsey’s ex is the prime suspect, but Hunter speculates there’s more to the situation than Kelsey’s letting on. Intent on keeping her safe, he delves into Kelsey’s past. As the two work together to unmask her stalker’s identity, a fire ignites between them that they both struggle to contain.

While the investigation proceeds, it draws them closer not only to each other but also to a lethal plot that’s been in the works behind their backs. And with each new secret unveiled, it’s not just temptation putting them at risk—it’s a madman who will not stop until Kelsey is dead.

Protected keeps readers on the edge of their seat and glued to the pages with expectation in this exciting romantic thriller.

Kelsey and Hunter are strong characters that have an electrifying chemistry that readers can practically feel sizzling through the pages although they have rocky romance due to emotional issues and hang-ups which adds depth to the characters and really draws readers into their story. As their attraction heats up so does the insecurities and doubts which really keeps readers in suspense about the ability of this couple reaching their HEA.

There is never a dull moment in this fast paced plot that keeps the heart pounding and adrenaline pumping as anticipation builds throughout the story as misdirection and surprising twists keeps the thrills coming with danger around every corner and an enemy that is always one step ahead of the couple.

This is the first book that I have read in the Deadly Secrets series, but not the first book that I have read by Elisabeth Naughton and as I love her Eternal Guardians series, I just had to try this one. I’m not sure how I missed the first two but I will be going back and reading them as the author has once again brought another story to brilliant life with well written words that make the story very life like and the wonderful characters are full of depth that made me feel as if I really knew and understood this couple.

Protected is the 3rd book in the Deadly Secrets series.

Deadly Secrets is available in print or ebook at:

Elisabeth Naughton can be found at: