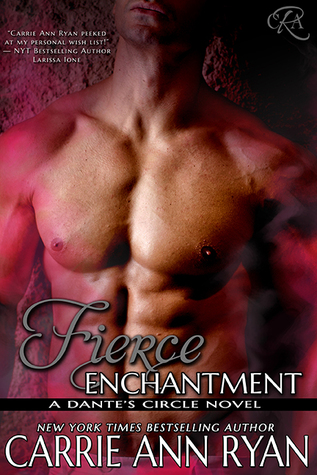 Humans aren’t as alone as they choose to believe. Every human possesses a trait of supernatural that lays dormant within their genetic make-up. Centuries of diluting and breeding have allowed humans to think they are alone and untouched by magic. But what happens when something changes?

Faith Sanders sacrificed her life to save her best friend—only to find herself trapped in an endless sleep. When she awakens, a year has past and everything has changed. Her friends have not only moved on with their lives, but now she’s forever bound to a man she’s never met.

When Levi Hughes created a mating bond with the raven-haired, fiery woman, he knew he’d have to face the consequences. Not only does the woman in question bring with her a new battle he might not be ready for, but his past has finally caught up with him. It will take more than the strength of their bond to not only survive their new worlds…but each other.

Warning: Contains a drop-dead sexy wizard with more than simple magic tricks up his sleeve, a lightning-struck, fierce woman who finds her paranormal half more shocking than she’d dreamed, an ex-wife who wants nothing but pain and death, and a mating bond so combustible that the world will be speaking of their seduction for an eternity.

After sacrificing her life to save her friend, Faith wakes from a year long coma to find her life has drastically changed...she's mated to a wizard and it's going to take more than the strength of their bond to survive their new worlds and each other in this splendid paranormal romance.

Fairy tales and pixie dust have nothing on this romance and the reader can't help but be charmed by Levi, the sexy wizard prince and the feisty Faith as they struggle to adapt to an unconventional mating bond. The attraction between them burns hot enough to set all the realms aflame and the sex scenes are even hotter but the relationship got off to a rocky start which has Levi treading very carefully to win Faith over which adds lots of depth and fiery sparks to the story. These strong enchanting characters have no problem demanding the attention they deserve and the fast paced and smooth flowing plot captivates readers with suspense, excitement and passion.

Conniving exes and ambitious pixies adds lots of danger and excitement to the story with anticipation building throughout the story as the reader awaits Faith's lightning struck powers to form and of course awaiting to find out what direction the Conclave will take, especially with two of its members mating two to the women who were struck by lightning. The well written scenes and details paint vivid images that capture the imagination and bring the story to life with the well orchestrated events drawing the reader in and refusing to let them go.

I love getting lost in this fascinating world full of such charming and sexy characters, interesting and intriguing elements and unexpected surprises. There was never a dull moment in Faith and Levi's story and I was completely enchanted from the very beginning and I can't wait visit Dante's Circle again to find out what happens next.

When seven friends get struck by lightning in their favorite bar, they're suddenly thrown into a paranormal world they never knew. Each woman will turn into a new paranormal creature, but you'll have to read to find out what...and how they find their way through the path of fate and love.

New York Times and USA Today Bestselling Author Carrie Ann Ryan never thought she’d be a writer. Not really. No, she loved math and science and even went on to graduate school in chemistry. Yes, she read as a kid and devoured teen fiction and Harry Potter, but it wasn’t until someone handed her a romance book in her late teens that she realized that there was something out there just for her. When another author suggested she use the voices in her head for good and not evil, The Redwood Pack and all her other stories were born.

Carrie Ann is a bestselling author of over twenty novels and novellas and has so much more on her mind (and on her spreadsheets *grins*) that she isn’t planning on giving up her dream anytime soon.

Carrie can usually be found at:

For more books by Carrie: