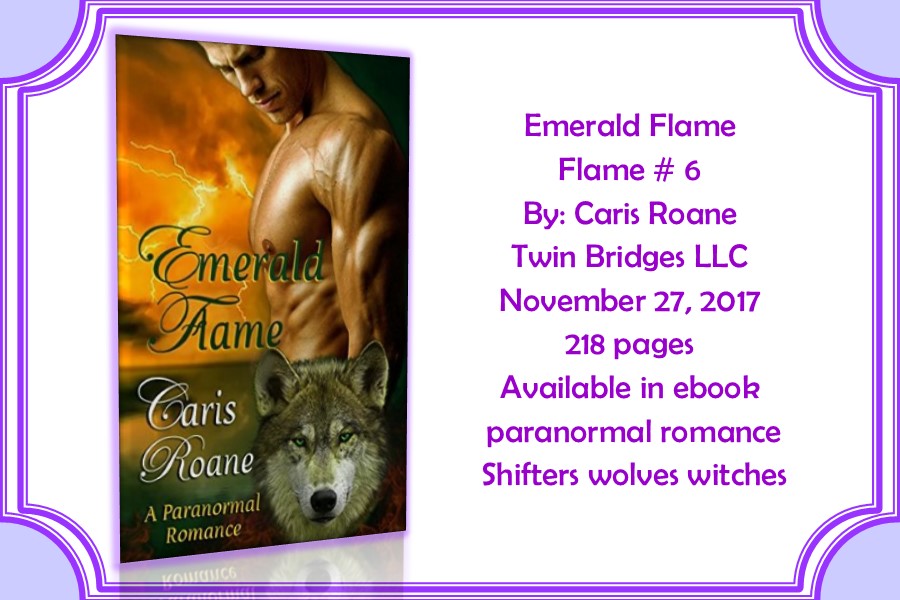 An alpha wolf sizzling with storm power. An invisible witch. An evil wizard who wants them both dead.

The air felt wrong, like a thousand tiny needles pressing into the flesh of Alex Warren’s arms and shoulders.
He sat in his Border Patrol SUV in front of the Savage Territory station. His shift was over for the night, but he wasn’t ready to head in just yet.
Something was going down. He just didn’t know what…

A witch scarred him…

Warren couldn’t trust witches. One had tried to kill him with her poisoned spell.

Though he survived, he was left badly disfigured and blind in one eye.

When Kiara, a beautiful witch, begins to heal him, he finds himself craving her. But his prejudice against her kind runs deep.

As an evil wizard attacks Savage Territory, can Warren set aside his prejudice, or will he lose his pack, and his territory, forever?

Kiara never meant to fall for a wolf.

But from the moment she met Warren, her heart beat only for him.

She also knew he could never go for her. A witch had almost killed him once.

When a vile wizard makes a play for Savage Territory, and Warren needs her help, their relationship climbs to dizzying heights.

Yet the scars he bears tells her she can only be a passing flame.

Can she protect her heart? Or will the passionate affair leave her forever desolate?

EMERALD FLAME, A Paranormal Romance, is a passionate, tender, standalone romance set in the Flame Series and the world of Five Bridges.

I always have an exciting time when I visit Five Bridges and the wonderful characters that reside there and Emerald Flame is no exception, in fact I would go so far as to say that it just may be my favorite book so far. Kiara and Warren captures my attention with their sizzling attraction, tempestuous emotions and the thrilling danger that the couple finds themselves facing.

As always Caris Roane brings her characters to bright, vivid like that makes it easy for the readers to get to know them and in this case to empathize with their emotional worries which make the couple vulnerable. The romance is a bit rocky while the passions sizzles with vibrant intensity between them and their enemy keeps them hopping with some thrilling action and suspense while the couple fight to stay alive and enact daring rescues that really get the adrenaline pumping. The alter side of this world adds such thrilling spice to the characters that readers can only guess at what might happen next not only in the action of the story, but the romance as well.

Warren and Kiara’s electrifying chemistry leaps off the pages and the readers become engrossed in the story right off the bat as the couple ponder their situation (sorry no spoilers) and the story just keeps getting better as the suspense builds and thrills keep coming ensuring that readers keep turning the pages.

I was completely wowed by Warren and Kiara’s story and I will be waiting impatiently until I can visit the Five Bridges world again.

Emerald Flame is #6 in the Flame series!

Emerald Flame is available in ebook at:

Caris Roane can be found at: