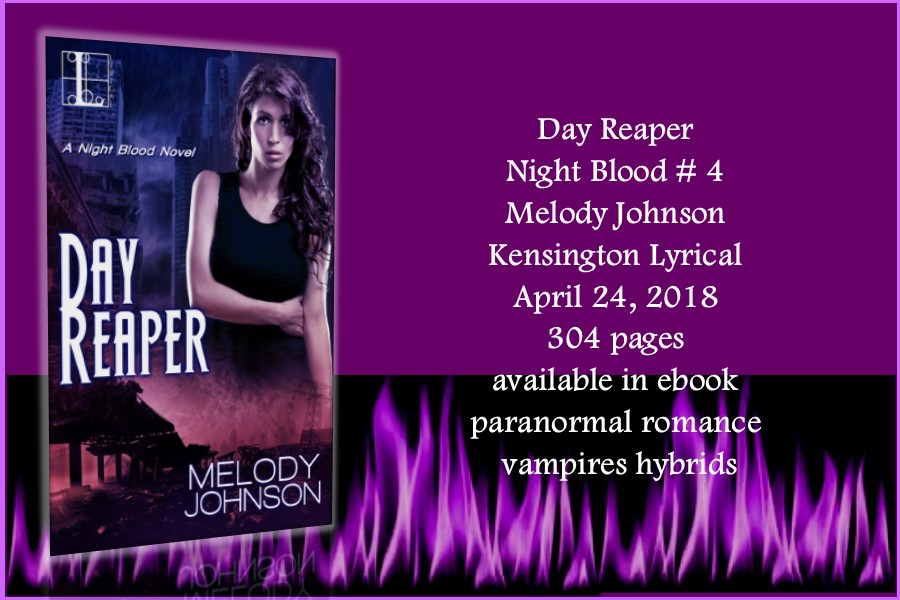 On the brink of death, Cassidy DiRocco demands that New York City’s master of the supernatural, Dominic Lysander, transform her—reporter, Night Blood, sister, human—into the very creature she’s feared and fought against for months: a vampire. The pain is brutal, she'll risk the career she’s worked so hard to achieve, and her world will never be the same. But surviving is worth any risk, especially when it means gaining the strength to fight against Jillian Allister, the sister who betrayed Dominic, attacked Cassidy, and is leading a vampire uprising that will destroy all of New York City. . .

When she awakens, however, Cassidy realizes the cost of being transformed might be more than she was willing to sacrifice. The overwhelming senses, the foreign appearance of her new body, and the lethal craving for blood are unrecognizable and unacceptable. But if Cassidy hopes to right the irrevocable wrongs that Jillian and her army of the Damned have wrought on New York City, she’ll need to not only accept her new senses, body and cravings, but wield them in her favor.

Irresistible and enigmatic as Dominic is, he no longer has command over the city or its vampires. Only Cassidy has the connections to convince the humans, Day Reapers, and the few vampires still loyal to Dominic to join forces, and maybe, if Dominic can accept her rising power over the coven he once commanded for the past several hundred years, the two of them together might forge a bond more potent than history has ever known. . .

Day Reaper is full of exciting events and thrilling twists and turns that keeps readers on the edge of their seats along with some electrifying chemistry and sizzling attraction that heats up the pages. All of the characters are fascinating and have strong personalities which the author brings to full vibrant life which makes it easy for the reader to become caught up in their story. Cassidy and Dominic are especially charismatic and really hold readers hostage as they try to hold their world as well as their relationship together during a world that has fallen into chaos.

Anticipation continuously builds throughout the story with lots of twists and turns keeping readers on the edge of their seat as Cassidy and Dominic fight bad guys and try to rescue some characters who may or may not be on their side as well as dealing with betrayals and emotional turmoil that stems from choices being made and of course all of that adds to the chaos and turbulence of the events taking place.

Despite not having read all the books, I certainly enjoyed the thrilling and exciting conclusion to the Night Blood series from beginning to end and the events that take place in this story as well as the characters have really caught my attention and ensure that I will be reading the other books. This is the final book in the series, though, so I feel that I must strongly suggest that the four book series be read in sequential order because I felt as though I missed out on a few things and that the events leading up to these were extremely important, but I was able to understand what was taking place and why without having read them, I just feel it would have made the book even better.

Day Reaper is the 4th & final book in the Night Blood series.

Day Reaper is available in ebook at:

Melody Johnson can be found at: