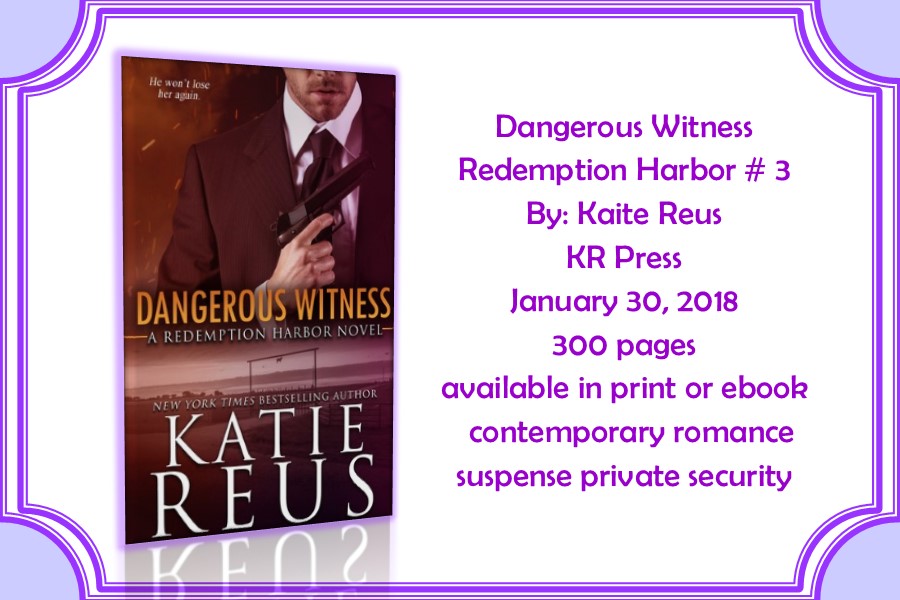 He foolishly let her go…

When the woman he loved walked out of his life, Brooks Alexander was certain she did so willingly—with the cool two-million his father had offered as incentive to walk away. So when he learns that Darcy didn’t take a dime of his father’s payoff, Brooks realizes he made an epic mistake. He’s determined to make things right and reclaim his woman. Except neither task is as easily accomplished as he first thought.

Now her life is in his hands…

Wedding planner Darcy is no stranger to disappointment when it comes to the men in her life. When Brooks accused her of taking his father’s bribe, she was devastated that he thought so little of her—and realized he never knew her at all. So she walked away with her pride intact and her heart broken. Now, months later, an overheard conversation puts Darcy in the crosshairs of a dangerous criminal with powerful connections. With nowhere else to turn, she has no choice but to put all her trust in Redemption Harbor Consulting—and its cofounder, the man who broke her heart.

Redemption Harbor is another exhilarating series by author Katie Rues. The characters are strong and command readers’ attention from the very beginning. Darcy and Brooks have a past which means that the romance is full of emotional turbulence and is quite the rocky road for the characters which really gets readers caught up in their story and of course the attraction has fireworks exploding from every page.

Dangerous Witness not only has all the enthralling characters of Redemption Harbor appearing but the fast paced plot keeps the adrenaline pumping with edge of the seat thrills, suspense building events and surprising twists, so there readers can’t put the book down until they have read every last word.

It’s no secret that I find Katie Reus’ books to be thrilling and fascinating, so it should come as no surprise that I found Dangerous Witness to be a remarkable read from beginning to end. It was full of life-like characters in a realistic setting and I can’t wait to visit Redemption Harbor again.

Dangerous Witness is 3rd book in the Redemption Harbor series.

Dangerous Witness is available in print or ebook at:

Katie Reus can be found at: