Welcome to my tour stop and review for Baad Dog by Sal Conte.
Be sure and enter the giveaway at the bottom of the post!
Just looking at this cute and cuddly dog made me want to read the book.
I mean...how bad can it be?
.
Deadly!
. 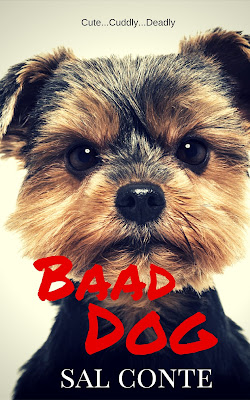 .
Baad Dog by Sal Conte
Publication Date: October 16th, 2015
Genre: Horror, Thriller
Pages: 128
.
~Summary~
.
Since when did man’s best friend become his very own worst nightmare?
.
Harry wanted a dog.
.
He’d wanted a dog ever since his mother gave away the cute little mongrel pup he and his brother adopted when they were kids. His mom gave the dog away because Harry and Lenny didn’t take care of her as promised.
.
Now Harry is a grown man with children of his own. He brings home Queenie, a miracle of modern robotics who looks and acts just like a real dog. Big Mistake.
.
“One of the beauties of the K9-233 is that they don’t eat or poop.”
.
Harry’s wife, Pam, feels there’s something off about Queenie right from the beginning. And then strange things begin to happen: Harry’s five-year-old says Queenie talks to him. There’s the near fatal car accident after Harry makes Queenie spend the night in the garage for being naughty. But Harry loves Queenie—maybe a little too much. Will Harry realize there’s a murderous monster living under his roof before his entire family becomes dog food?
.
Baad Dog is a horror, sic-fi thriller with a twist from the author of 80s pulp horror classics Child’s Play and The Power. Sal Conte has been dubbed “the modern master of the surprise ending,” and this one is full of surprises.
Amazon
~My Thoughts~
.
I was excited to receive the ARC for Baad Dog by Sal Conte. It has such a cute cover, but beware, this is a horror novel, so I know it will be baad.
What I am wondering is how Harry got into the situation he is in in the opening chapter. It's like a B movie playing in my head. He had lots of warning, why didn't he listen and face the facts, as unbelievable as they are. I loved the opening pages and knew this was going to be a unique and original story. It creeped me out and I smiled in anticipation. Harry didn't know why he walked into the store, or why he allowed the salesman to talk him into buying a dog, and a mechanical dog at that. I could sense a problem as soon as Queenie met Harry's wife, Pam. Kinda gives me the creeps, AI, artificial intelligence. It is food for thought. Do you believe it is possible? Do you want it to be possible?

Harry wrote TV shows and maybe he would have been better off if he would have written this one. He could have become rich. Instead, he had money troubles. As a distraction, he thought a trip to the cabin in the woods was in order. Oh yeah, this will be good.

"The nerves rippling her gut told her to turn back."

Then do it, damn it. Don't open the door, don't got in there! Oh no, she's going to the basement. We all know that is never a good thing, but I too, saw no other option. Queenie is like the energizer bunny, she keeps going & going... Loved the ending. I so much want to tell you more, but you will have to read to find out for yourself. If you want to be scared at hidden noises around you, at doors opening and closing, at rustling in the bushes...this is a book for you. I received Baad Dog by Sal Conte in return for an honest and unbiased review. 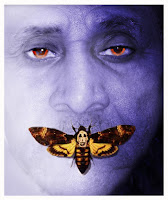 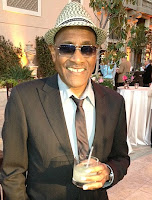 Sal Conte is the horror writing alter ego of Amazon #1 Teen Horror author, E. Van Lowe. As Sal Conte, the author turns his talents to gruesome horror with stunning results. Sal Conte is the author of 80s pulp horror classics “Child’s Play” and “The Power,” as well as recent shorts “The Toothache Man” and “Because We Told Her To.
“Baad Dog” is Sal Conte’s first solo ebook. You can visit him athttp://evanlowe.com/sal-contes-page/
Goodreads / Twitter / Website /Amazon Page / Facebook Fan Page