We're happy to have with us today R. E. Sheahan, author of STORM OF ARRANON! R.E. is on a virtual book tour this month and is giving away paperback copies of Book Two: Storm of Arranon: Fire and Ice and Book Three: Storm of Arranon: Allies and Enemies. Enter below! 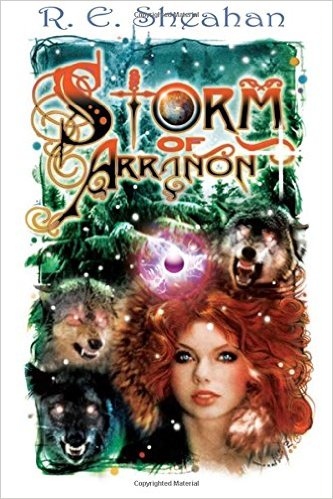 Title: Storm of Arranon
Author: R. E. Sheahan
Publisher: Rule of Three Press
Pages: 300
Genre: YA Science Fiction/Fantasy
.
MY REVIEW
.
I have seen Storm of Aaranon by R E Shehan around for some time now and was curious, so when this tour came up I decided now is the time. My sister, Laura @ fuonlyknew had all the books, so the one I didn't have, I borrowed from her.
.
I love covers and this is an interesting one. There is a lot going on and I wonder who is good and who is bad.
.
I didn't anticipate the story inside. Intense...from the opening sentence. So you better buckle up because this may be a bumpy ride.
.
Erynn is special, but she doesn't know it. There is a lot she doesn't know, as her enemies come after her. She had been secretive and isolated, alone because of her differences. She'd always done her best to control and conceal her powers, feeling there was something wrong with her. That she was a freak. Sounds like a real person, doesn't it? She thought she was the only one...
.
Until Jaer. There is something about about him, something she's drawn to. As things become clearer to her, she finds her purpose and place. R E Sheahan brings her from innocence and naivety to determination and bravery.
.
When she was taken, she didn't know, but her life would be changed forever. I am curious to see how she adjusts and adapts to the changes in her life and and she learns of her true heritage. R E Sheahan handles it in a fantastic way making me believe, forgetting that Storm of Aaranon is a fantasy.
.
Betrayal...I like trying to figure out who is the good guy and who is the bad guy. Just like the characters, I have to be observant and sift through the clues. It's like playing chess, you have to think way ahead, planning your moves.
.
Most books I read, the characters dance around their feelings for each other. We do it to protect ourselves from hurt and embarrassment. I understand the reason for it, but don't do it too long. In the face of danger, I would think they'd fess up.
.
I love the magic, the creatures and her connection to the world of Aaranon. A combination of elements gives this read a freshness and conveys the innocence and goodness of Erynn. She grows and develops into a confident and independent woman, believing in herself and the ability to GET IT DONE or die trying.
.
There was one part with Faylen that I would have loved to have seen developed more. I grew to care for him and his ability to change his mind when the facts were in. I couldn't quit thinking about him.
.
Storm of Aaranon by R E Sheahan is a mashup of science fiction and the paranormal with nature having its share of input in a big way. The story could have ended here, except for...
.
I debated about the rating, because I like a lot of depth, detail, blood and guts, but this is a perfect read for the target audience, teens and young adults. So, with that in mind...4 stars.
.
I received a copy of Storm of Aaranon from R E Sheahan in return for an honest review.
.

4 Stars
.
ABOUT THE BOOK

A brutal alien society invades Korin and Arranon, intent on destroying the two worlds that make up Cadet Erynn Yager's home. Forced to expose her strange abilities and reveal her forbidden birth, a guarded web of secrets unravels.

Stranded on an unfamiliar planet of eternal winter and predatory wildlife, the mysterious living consciousness of Arranon intervenes, leading Erynn on a mystical journey.

Aware of Erynn's potential, the alien enemy pursues her. She struggles to gain control of her growing powers while in a constant race to elude the invaders, and join the forces preparing to fight a mounting occupation.

Erynn’s secret may be her worlds' only hope, but at the cost of her life. Swept up in a chain reaction of events, Erynn's dedication extends far beyond service and duty. She learns the true meaning of sacrifice.

Along with courage and hope, Erynn finds something unexpected on her journey of awareness and growth. 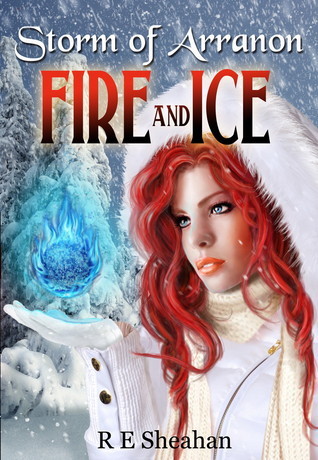 The story could have ended with Book I, except for Dhoran, the evil leader of Aaranon's Underworld.

I read this three book series, one after the other. Once I began, I had to know...

As evil plumbs the depths, I am looking for some serious...stuff to happen. Dhoran's goal was to seduce Erynn to the dark side. He definitely underestimated her.

Her powers and the danger mounts, so does the suspense and my anticipation of what comes next.

Erynn doesn't seek trouble, but she does what she feels she has to, no apologies, recruiting followers along the way.

The story gets better, the dangers grow, love blooms and the adventure continues...above ground and below. 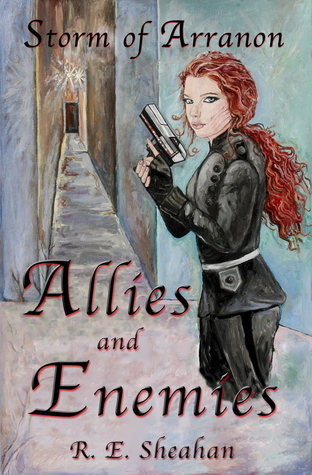 
I read all three books straight through and it keeps getting better and better. I am excited to see that the finale ROCKED!

The first sentence told me the gloves were off and we were coming out fighting. That's how good the writing is...I felt part of the story.

Who can she trust? Will her enemy be her friend?

"Flying fast and low, just the way I like it." Her motto.

Danger surrounds them all and I cannot figure out who to trust.

I felt deeply involved in the outcome, BUT...it doesn't end here. I didn't know there was more coming and I am deeply disappointed that I don't have the next book. I am VERY eager to find out what happens next.

4 Stars
To read more and enter the giveaway, go HERE.