Elise Sax and her Characters Drop by for My Buffet! TOUR WIDE GIVEAWAY 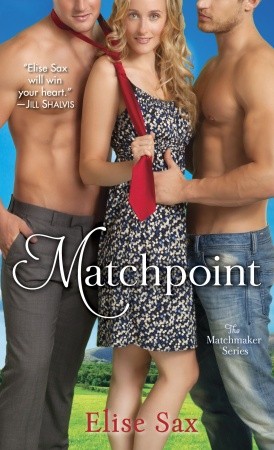 Since joining the family matchmaking business run by her eccentric Grandma Zelda, Gladie is always looking for love. But when an unbearable toothache knocks her out of commission and into the dentist’s chair, she prays only for relief. No such luck. Emerging from an anesthetic haze, Gladie awakes to find that not only is her tooth still throbbing, but her dentist is dead—and the lead suspect in the murder, office receptionist Belinda, just so happens to be Gladie’s first real client. Now it’s up to Gladie to find Belinda a man and keep her from being locked up behind bars.

As if that weren’t enough distraction, two gorgeous men are vying for Gladie’s attention: Spencer, the playboy chief of police, and Holden, Gladie’s secretive, gorgeously muscled neighbor. Still, Gladie’s not complaining about having a helping hand or two when the case leads her to a dangerously bizarre cult. She may have met her match—and if she’s not careful, it could be her last.

It's great to have so many characters here and since you're pretty well known for liking snacks I set out a buffet of barbecue, cake and fudge over there, please help yourselves. I also put out a pitcher of Margaritas. I'll just mingle and ask provocative questions on a one to one.


[Gladie looks over the food,  looks at me]
You had me at "buffet."

For the rest of this hilarious interview: