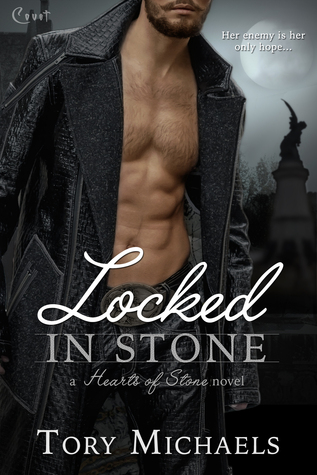 Her enemy is her only hope...

Rose Johnson's adoptive mother was murdered, and Rose is next. She may be the last gargoyle in the world—the last being who stands between this world and the evils of Otherworld. In order to keep her existence a continued secret, Rose needs to find the stone that holds her adoptive mother's soul. Which means enlisting the help of her enemies the Sentinels...

Sentinel Cal Levesque never forgave himself for failing Rose's family years ago. Seeing Rose alive is shock enough, until the stunningly beautiful gargoyle attacks him upon sight. As they strike an uneasy peace—and unexpected and escalating attraction—Cal knows he'll have to tell Rose who really betrayed her family. And with Rose's life in greater danger than ever, Cal has a chance to make up for the past...as long hedoesn't fall in love.

As the last being who stands between the world and the evils of Otherworld, Rose Johnson must keep her existence a secret and to do that she will have to engage the help of her enemies - the Sentinels in this enthralling paranormal romance.

Years ago, Sentinel Cal Levesque failed Rose’s family and he’s never forgave himself and the reader can’t help but get drawn into the story as Cal has a chance to make things right but his attraction to Rose is making it very difficult for him to concentrate on the task at hand. The characters are strong, bewitching and grab the reader’s attention from the very get go and the fast paced and smooth flowing plot keeps readers hovering on the edge of their seat with lots of suspense, action and romance as Cal and Rose struggle with their attraction, discoveries and betrayals.

Lots of excitement throughout the story as evil tries to open the doors to the Otherworld and the Sentinels and Gargoyles fight to close them and now things are even more complicated as one they thought was dead is very much alive and if their enemies finds out…well that would be very bad. The well written scenes and details capture the imagination and the well orchestrated events ensure that the story never has a dull moment nor can the reader put the book down until they have read every last word.

The author has created a fascinating world with lots of unique and interesting elements with intriguing characters as well surprising twists that keep the readers guessing and the rules and advice from the different characters throughout the story adds a bit of depth, a bit of fun and a bit of insight into this exciting reality. I was completely enthralled from the very beginning and I cannot wait to read the next one. 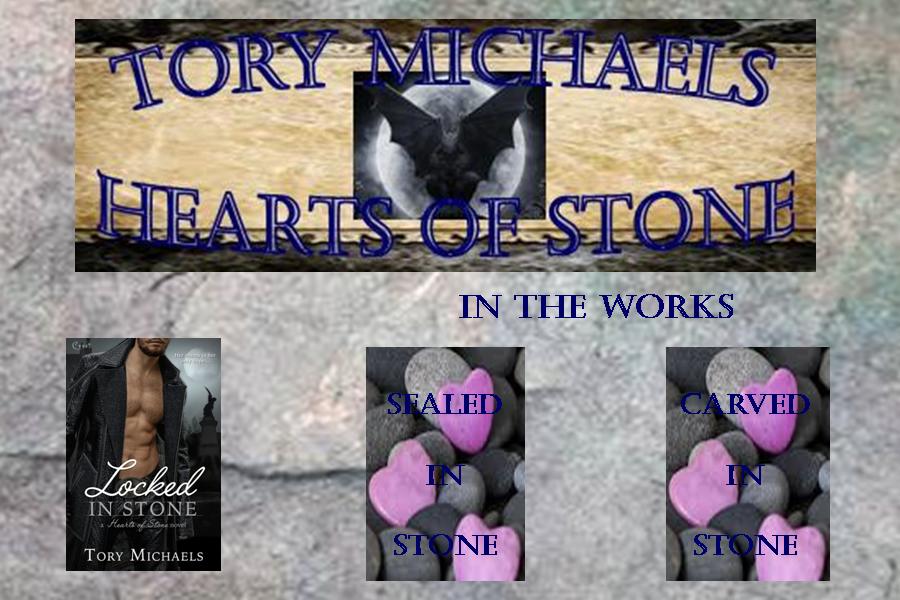 The Hearts of Stone series takes place in an alternate Earth setting where demons and angels (beings from a plane referred to as “Otherworld”) are engaged in a war for Earth (and Otherworld, technically). Save for the prime representatives of Lucifer (demon) and Mikael Ray (angel), Otherworld creatures cannot survive on Earth. The demons want to change that, by opening a passage between Earth and Otherworld, allowing Otherworld energy to pervade the fabric of existence and let them survive on Earth as well as Otherworld. The angels, being more or less the good guys, don’t want this to happen.

The demons have their minions on Earth: half-breed demons and vampires (created to hunt and destroy the gargoyles).

Originally from the Sacramento Valley, Tory packed up and moved all the way to Southwest Florida in 2004 with her husband (a Florida native) under the premise that ‘hurricanes almost never hit that part of the state.’ That year, 4 blasted the area. 4 more came the following year, and her husband blames her for bringing the hurricanes. She now resides in Jacksonville and is relieved that, thus far, no more hurricanes have followed her around.

She began writing in kindergarten when a turnip wished to be human and, other than a hiatus shortly after getting married, has never stopped. Her love of vampires began somewhere in junior high, and combining the two loves didn’t take long. She loves music, considers herself a ‘book slut’ whose reading habits would break her family financially if given free reign, and is (usually) delighted to be a mommy of twin Shrimpettes and a Shrimp.

Tory can usually be found at: