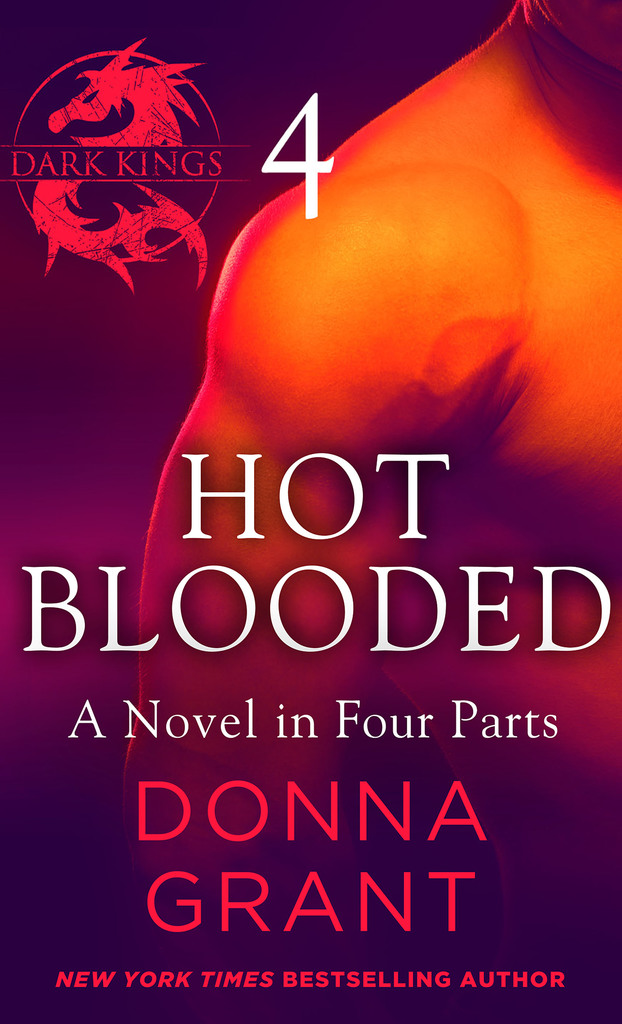 The breathtaking conclusion to New York Times bestselling author Donna Grant’s HOT BLOODED e-series!Iona’s heart pounded in her ears like a drum. Her life was being dismantled one piece at a time. What was she going to be when it was all said and done?Laith squatted beside her and cupped her face in his hands. "Look at me. Look into my eyes. What do you see?""You," she said. "I see you.""Remember that, Iona Campbell," he whispered before he kissed her.A DARK KING AND HIS MATEIn HOT BLOODED: Part IV, the situation goes from bad to worse. Laith, Iona and the Dark Kings are preparing for a showdown. Winner takes all, but neither Laith nor Iona can stand to lose, especially if it means losing each other.Read all four parts of this sensational e-series—and look for the full volume of Hot Blooded from St. Martin’s Paperbacks.

The situation has gone from bad to worse and the Dragon Kings are preparing for war while Iona struggles to accept her attraction to Laith in this exciting conclusion of Hot Blooded serial.

With a fast pace, the conclusion keeps readers on their toes with lots of action and romance. Iona struggles with her attraction to Laith, to accept everything that she’s learned and just how much she’s been betrayed and the reader can’t help but get caught up in all the excitement of battle as the Dark attack Dreagan and the Kings.

Spine tingling anticipation builds throughout the well written scenes and details brought to life with vivid imagery that makes the reader feel as if they are part of the action taking place.  The well orchestrated suspense draws the reader deeper into the story and ensures that the reader comes back for more as the Kings are beginning to accept that Ulrik just might really be the one behind the conflicts that are besieging them.

I was completely spellbound by this thrilling conclusion to Laith and Iona’s story. There was never a dull moment and the magical battle was exciting and of course I can’t wait to read the next Dragon King’s story. 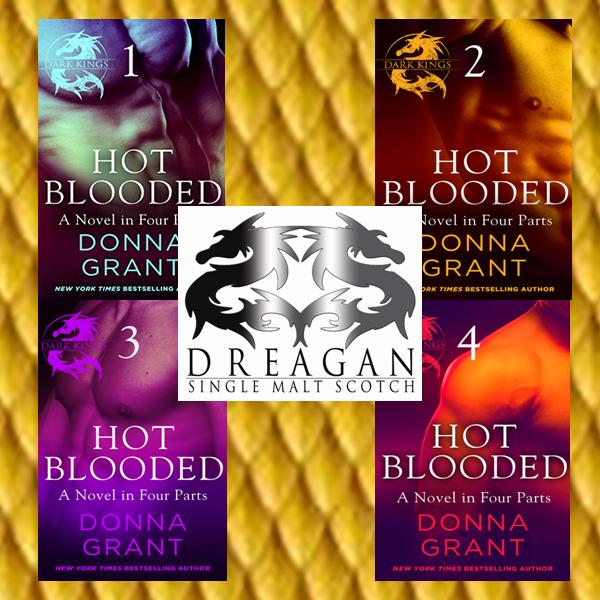 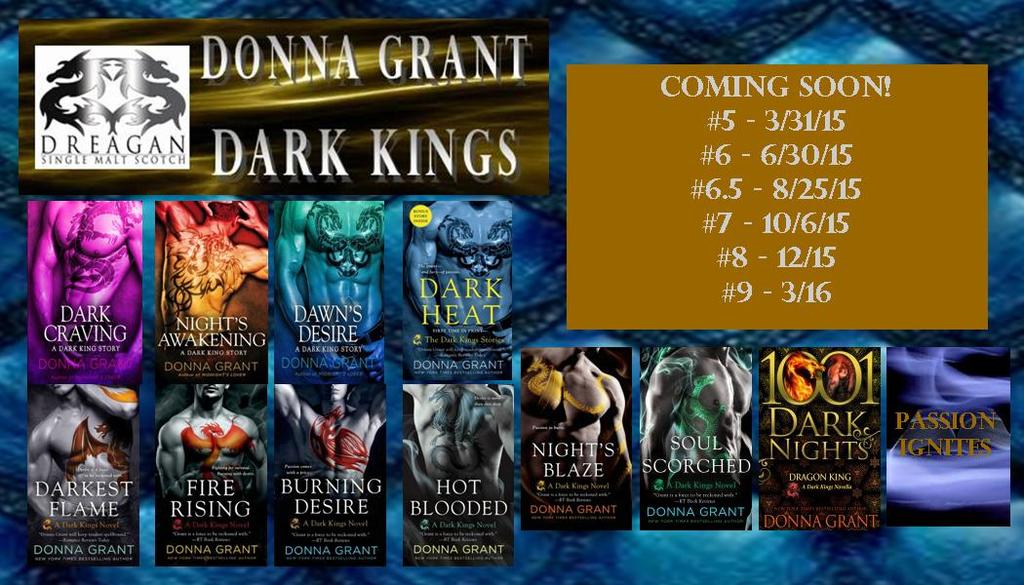 The Dark Kings series is a spin off the Dark Warriors Series and Dark Sword Series.

Called the Dragon Kings a millennium ago, these men of power and magic can shift into dragon form and have ruled over all other creatures. When humans appeared, they protected them until they were betrayed and thousands of dragons were killed. The betrayal was made worse when they discovered that it came from a woman who had vowed to love one of the Dragon Kings. The Dragon Kings withdrew their power from the world, from humans, some of the dragons choosing to sleep away the passing millennia. But now a new evil is beginning to awaken the Dark Kings and they are reluctantly being pulled into a war not of their choosing. What they never expected to find is a love so powerful it threatens to change everything they have ever known.

Her childhood dream was to become a professional ballet dancer and study under the amazing Mikhail Baryshnikov. Though she never got to meet Baryshnikov, she did make it to New York City and performed in the Macy’s Thanksgiving Day Parade. Later, Donna’s love of the romance genre and the constant stories running through her head prompted her to sit down and write her first book. Once that book was completed, there was no turning back.

Donna sold her first book in November 2005 while displaced from Hurricane Rita, a storm that destroyed portions of the Texas Gulf Coast. Since then, Donna has sold novels and novellas to both electronic and print publishers. Her books include several complete series such as Druids Glen, The Shields, Royal Chronicles, Sisters of Magic, Dark Sword, Dark Warriors, and her new series, Dark Kings.

Despite the deadlines and her voracious reading, Donna still manages to keep up with her two young children, four cats, three fish, and one long haired Chihuahua. She’s blessed with a proud, supportive husband who loves to read and travel as much as she does.