Tainted Reality by Ashley Fontainne is the second book of The Rememdum Series. I have read Tainted Cure and loved it. You can see my review HERE.

The covers for this series blow my mind…almost as much as the story contained within the pages.

Covers: One of a Kind covers 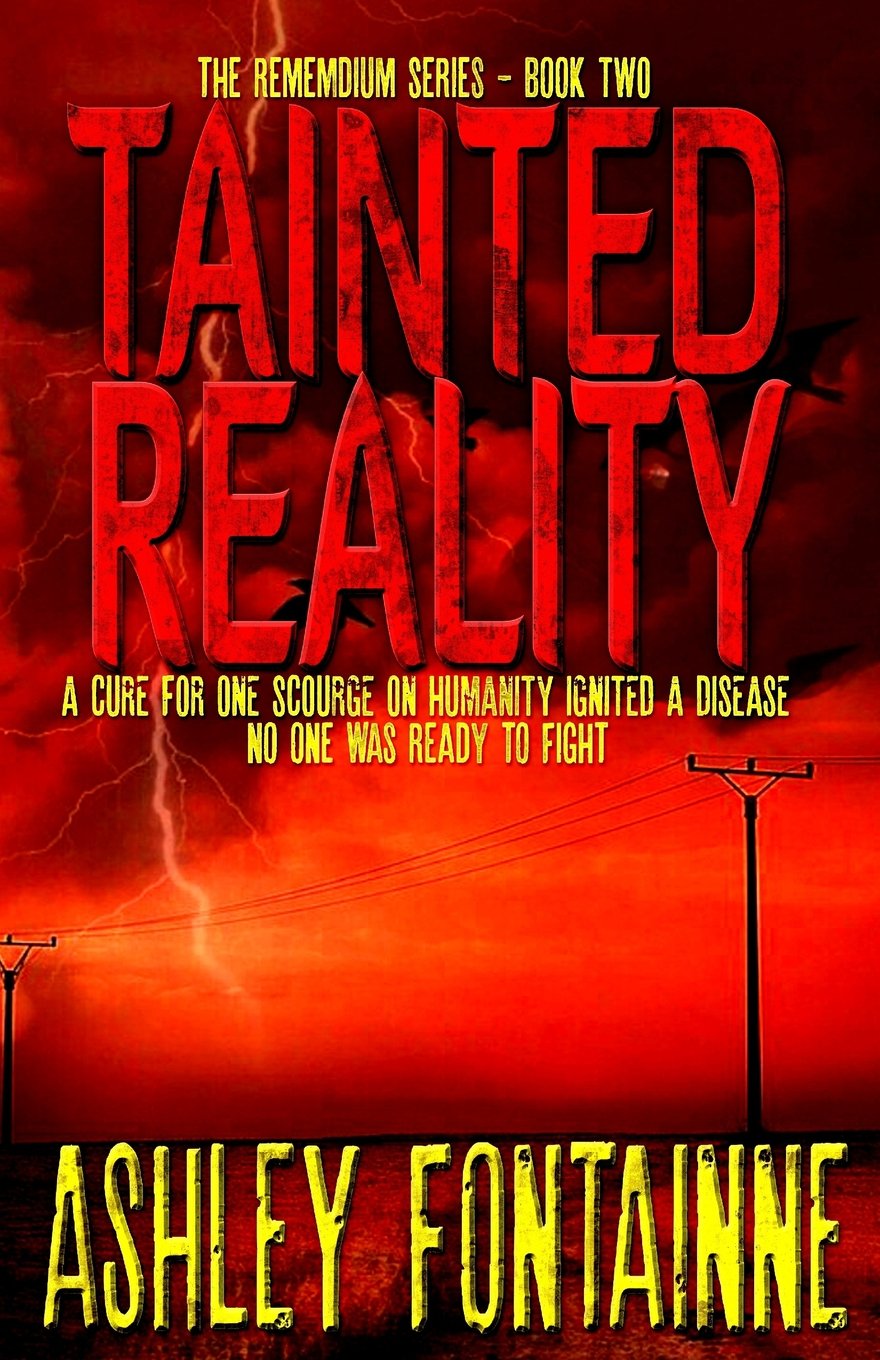 Add me to Goodreads.

Tainted Reality by Ashley Fontainne is Book II of The Rememdum Series. The books need to be read in order and Tainted Reality picks up where Tainted Cure left off. This is one horror story that will have you wondering….could this really happen?

Everett Berning had found the cure for addiction, but the cure had become Tainted with a fatal result. Some preach the end of the world by global warming and nuclear detonation, but no one had anticipated this…Apocalypse.

Who will survive? Can they find a cure for the Tainted Cure or will this be a new world that mankind will have to learn to traverse?

I love this saying:  Courage is being afraid but doing it anyway.

“Normal” people’s actions will go above and beyond the horror that is worse than their wildest imagination could concoct. In a time of crises, people show what they are made of, their true character shines through.  Some are leaders, some are followers. Some are able to overcome their fears, others are cattle, either saved or lead to slaughter. Which are you?

The world has ended, at least any world you would recognize. The dead come to life and they want YOU!

Executions, murder, slaughter…See who rises to the top, leads when in doubt, shoots to kill.

As a read along, I am always trying to put myself in the characters place. What would I do? Would I step up to the plate or collapse, paralyzed by terror. What would you do?

I felt for the characters as they struggled to survive. I felt their sorrow and determination. Is there anybody left who can figure out the answers?

Regina and Jesse, a mom and daughter, will step up in a big way. They stand out as exceptional characters to me and I had to mention them…specifically.

Ashley Fontainne’s books I have read are unique, fast paced and anything but predictable. I was a bit disappointed as I read along…because it is predictable. After all, how many variations can there be to a zombie story?

BUT, Ashley Fontainne’s fantastic writing of such bloody and gruesome savagery, with twists and turns of the plot, filled with love and sacrifice among the horror and conspiracy, makes the predictable work all too well. It’s a new world and the more I read, the more involved I become with the complex characters. Her writing is at such a high level that even the predictable is a cut above the rest.

I received a copy of Tainted Reality by Ashley Fontainne in return for an honest review.