Another Killer Hit – The Murderer’s Daughter by Jonathon Kellerman

Jonathon Kellerman’s books, like his latest, The Murderer’s Daughter, are always on my must read list. No second thoughts, no hesitations, just, yes, please. 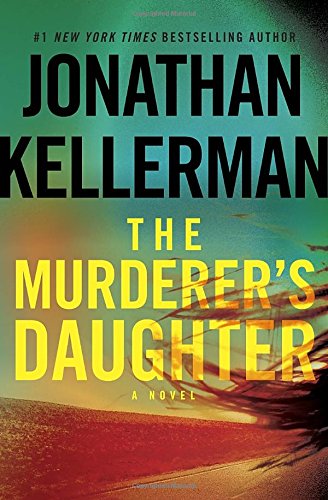 The Murderer’s Daughter by Jonathon Kellerman

I was very surprised at Jonathon Kellerman’s twisted novel, The Murderer’s Daughter. I loved the rollercoast ride of emotions as I struggled to understand Grace. I wonder, did she have a brother named Dexter? For those of you who don’t know, Dexter is a book and TV series characters that walks on the dark side of suspense, as does Grace. I love to read of a flawed protagonist, a hardass female and Grace appeared.

Grace is a complex character, a bit twisted, to say the least. She was born and raised in violence and death. All she had ever known is surviving, so she had a knack for figuring things out quickly. She grew up to be Dr Blades, a psychologist, and she was special at that. She was a prodigy and fast tracked through her PHD. She even took a seminar taught by Alex Delaware, you could say he was her inspiration. (For those of you who don’t know him, Alex Delaware has his very own series, courtesy of Jonathon Kellerman) She’s a loner and likes it that way.  She keeps tight control of her life. Is she a psychopath? Well…she does have feelings, though they are buried deep to hide any vulnerability. She will not show weakness.

I love a strong female protagonist with flaws and Grace has her share. I liked how Grace developed from a severely traumatized child prodigy, neglected and abused, to a fully functioning adult trained in a complex profession as psychology, using her experience and knowledge to help others.

In matters of healing, the body initiates and the mind follows.

This is an ARC, so the phrase may change, but I loved it, so I shared it.

The Murderer’s Daughter did not go where I thought it would, but took me to a scary place all the same. Man can be evil, but…

The mention of the good and bad side of Child Services sounded all too read, as does the greed and corruption of the Elite. Then, as the cherry on top of the sundae, we have a psychopath on the loose that revels in the evil he does.

Jonathon Kellerman has a wonderful ability to twist and turn a story so it keeps me alert and on edge, waiting for the next shoe to drop or the next monster to pop up on the horizon or from around the corner.

The twists and turns, beginning with the flawed character, stirred up deep emotions. Feelings of anger, rage and sorrow are overcome by pride, confusion and hope for Grace. I wonder, will she have a relationship, you know, meet a man, marry… I can’t say and if you asked her, she would tell you she is doing just fine.

I do believe we have moments in time where we can make a difference in someones life, whether its with a simple smile or a word or two in passing. We never know what small gesture could turn a person’s life around.

Jonathon has the ability to create characters that touch me and feel real. I felt Grace’s fear, but when on those rare occasions she smiles, maybe even laughs, I want to laugh with her. It is so much better to laugh with someone than alone. Makes me think she is lonely, her life empty and all she craves is knowledge, absorbing it like a sponge. If you have ever watched the TV show Scorpion, where the main character is above genius and cannot relate on a “human” level with others, allowed me to easily spend time with Grace.

I guess you can tell by now, that my focus was on Grace. She grabbed me by the throat and never let me go. The Murderer’s Daughter is dark and suspenseful, with everything you could want in a thriller. The story unravels and the pacing builds, so don’t think this will be a cozy mystery.

I received an ARC of The Murderer’s Daughter by Jonathon Kellerman from the publisher in return for an honest and unbiased review. Jonathan Kellerman was born in New York City in 1949 and grew up in Los Angeles. He helped work his way through UCLA as an editorial cartoonist, columnist, editor and freelance musician. As a senior, at the age of 22, he won a Samuel Goldwyn Writing Award for fiction.

Like his fictional protagonist, Alex Delaware, Jonathan received at Ph.D. in psychology at the age of 24, with a specialty in the treatment of children. He served internships in clinical psychology and pediatric psychology at Childrens Hospital of Los Angeles and was a post-doctoral HEW Fellow in Psychology and Human Development at CHLA.

IN 1975, Jonathan was asked by the hospital to conduct research into the psychological effects of extreme isolation (plastic bubble units) on children with cancer, and to coordinate care for these kids and their families. The success of that venture led to the establishment, in 1977 of the Psychosocial Program, Division of Oncology, the first comprehensive approach to the emotional aspects of pediatric cancer anywhere in the world. Jonathan was asked to be founding director and, along with his team, published extensively in the area of behavioral medicine. Decades later, the program, under the tutelage of one of Jonathan’s former students, continues to break ground.

In 1985, Jonathan’s first novel, WHEN THE BOUGH BREAKS, was published to enormous critical and commercial success and became a New York Times bestseller. BOUGH was also produced as a t.v. movie and won the Edgar Allan Poe and Anthony Boucher Awards for Best First Novel. Since then, Jonathan has published a best-selling crime novel every year, and occasionally, two a year. In addition, he has written and illustrated two books for children and a nonfiction volume on childhood violence, SAVAGE SPAWN (1999.) Though no longer active as a psychotherapist, he is a Clinical Professor of Pediatrics and Psychology at University of Southern California Keck School of Medicine.

Jonathan is married to bestselling novelist Faye Kellerman and they have four children.