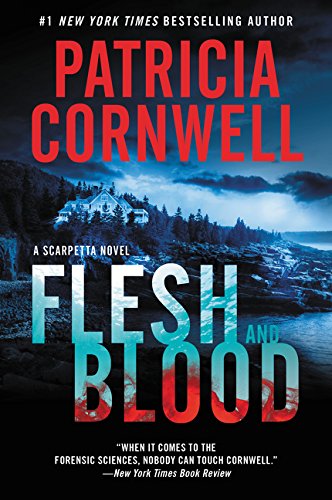 I love Patricia Cornwell’s novels and there is never any need to investigate further when seeing a new release. She is on my automatic grab it list.

In the world of forensics, Scarpetta is at the top of the list. Now, we have a serial sniper leaving dead bodies up and down the east coast and she is hot on the case.

Scarpetta is a well developed and strong character. She has a Greyhound named Sock – what a cool name is that? She is the chief medical examiner of Massachusetys and also works for the Pentagon. Believes in doing the right thing sometimes involves bending the rules a bit. Kay is Dr Death, a stickler for details and take of care of business now attitude, which can rub others the wrong way.

Benton, her significant other, comes from money, but he is not a snob. He is an FBI profiler and very good at his job.

Lucy…how can I describe this dangerous dynamo. . I love this character, flaws and all. She is bold, confident and can kick your ass from here to tomorrow. She knows weapons, drives a Ferrari, owns and operates her own chopper and is a genius when it comes to computers. If you mess with her and hers, it could be deadly.

Marino, another friend of our Scarpetta’s cast of characters, had been working at CFC with her, but was lured back to the Police Department. He still assumes they are a team and Scarpetta will drop everything to help him whenever heeded. He is a bit cantankerous. I love him and his bull in a china shop attitude. Damn the torpedoes, full speed ahead. Nothing, noone stands in the way of his investigations. Kay at times feels she works for him not with him, whether making a call or cleaning his sunglasses.. I find that funny.

Does their work and stress of job create an aura of competition, turning friends into antagonists, or worse yet, enemies, working against each other, causing problems on cases they are forced to share?

Bloom is an insurance investigator. Why does he keep turning up like a bad penny? He works for an insurance company that does all they can to deny claims.

What do a man accused, but innocent, of being a terrorist, a young girl supposedly in a drowning accident, seven bright and shiny copper pennies, a ruthless insurance investigator, a 61 year old murdered woman, a dead crane operator have in common?

As usual Patricia Cornwell took me on a roller coaster ride of mystery, danger and intrigue at every turn with Flesh and Blood. She kept me on my toes with twists and turns and I am unable to put all the pieces together. I know they will fit, I just don’t know how.  It doesn’t matter if I figure it out or not, I am still on pins and needles as I read to the very end.

Kay Scarpetta is not the only adventurous, do it myself kind of investigator, so is Patricia Cornwell. Be sure and read her bio, which is almost as entertaining as the book itself.

I received a copy of Flesh and Blood in return for an honest and unbiased review.

It’s Dr. Kay Scarpetta’s birthday, and she’s about to head to Miami for a vacation with Benton Wesley, her FBI profiler husband, when she notices seven pennies on a wall behind their Cambridge house. Is this a kids’ game? If so, why are all of the coins dated 1981 and so shiny they could be newly minted? Her cellphone rings, and Detective Pete Marino tells her there’s been a homicide five minutes away. A high school music teacher has been shot with uncanny precision as he unloaded groceries from his car. No one has heard or seen a thing.

In this 22nd Scarpetta novel, the master forensic sleuth finds herself in the unsettling pursuit of a serial sniper who leaves no incriminating evidence except fragments of copper. The shots seem impossible, yet they are so perfect they cause instant death. The victims appear to have had nothing in common, and there is no pattern to indicate where the killer will strike next. First New Jersey, then Massachusetts, and then the murky depths off the coast of South Florida, where Scarpetta investigates a shipwreck, looking for answers that only she can discover and analyze. And it is there that she comes face to face with shocking evidence that implicates her techno genius niece, Lucy, Scarpetta’s own flesh and blood. 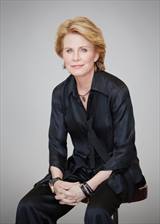 Patricia Cornwell is recognized as one of the world’s top bestselling crime authors with novels translated into thirty-six languages in more than 120 countries. Her novels have won numerous prestigious awards including the Edgar, the Creasey, the Anthony, the Macavity, and the Prix du Roman d’Aventure. Beyond the Scarpetta series, she has written a definitive book about Jack the Ripper, a biography, and two more fiction series. Cornwell, a licensed helicopter pilot and scuba diver, actively researches the cutting-edge forensic technologies that inform her work. She was born in Miami, grew up in Montreat, North Carolina, and now lives and works in Boston.

Catch Up with Patricia Cornwell: