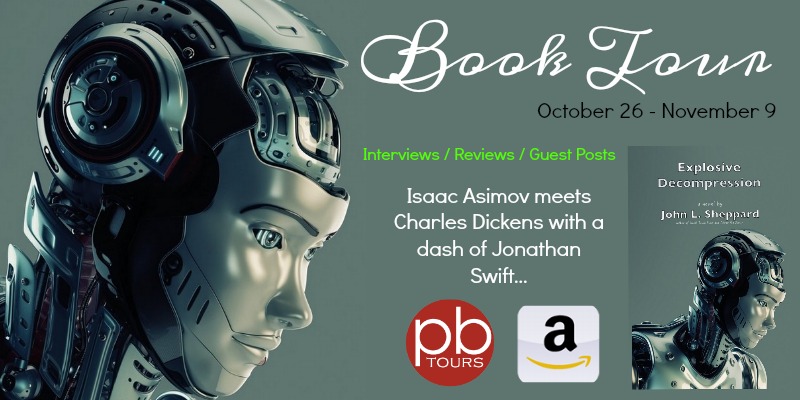 * Tell us a little about yourself and your background?

I was born in Ohio, in a town just outside of Cleveland, a few days after Christmas 1963. My memories of Cleveland are of filthy snow, smoky bowling alleys and banged knees turned crusty-scabby. My family moved around a lot when I was a kid. We ended up dropping roots in Sarasota, Florida.

As a child, I was a typical, overfed, pasty and underexercised american with a lower-case a, with little interest in anything beyond the tip of my nose. After a few years of college at the University of Florida, the Army, with a capital A, remade me using its not-so-subtle methods. I was a private soldier for four years, two months and thirteen days. Not that I was counting.

My little sister Nancy was gunned down at a Pizza Hut restaurant in Brandon, Florida shortly after midnight on May 27, 1992—my mother's 56th birthday. As a result, my family disintegrated. It's all very tragic. Believe me.

I returned to the University of Florida after matriculating there in the 1980’s and completed an MFA in 1994. I studied under Padgett Powell and Harry Crews. I’ve written several books, including the well-received novel Small Town Punk. I’m a Federal civil servant now. I write mainly for pleasure.

* Which writers inspire you?

For this particular book, I read a lot of Isaac Asimov and Charles Dickens. I also re-read Gulliver’s Travels by Jonathan Swift.

My favorite writers are Flannery O’Connor, Mark Twain, Charles Portis, and Kurt Vonnegut. I consider myself a humorist. I hope there is a good page-to-laugh ratio in my books. Your results may vary.

* What are you working on at the minute?

* Give us an insight into your main character. What does he/she do that is so special?

Dr. Audrey Novak is a survivor. Initially, she was the survivor of an alien invasion of the Earth in 2040. A technological innovator, she sent her mind back in time to 1972 (when she was seven years old) in order to speed up innovation to defeat the aliens in the future. What she didn’t count on was the resiliency of her seven-year-old self, who turned the 75-year-old time traveler into a subset of memories. Imagine what a seven-year-old would do with nearly limitless knowledge like that. That was the first book in the series, After the Jump. In this one, Explosive Decompression, the Audrey in it is an electronic copy of that mind when she was 19. She’s been stored on a shelf for over 200 years, and all the innovations she came up with back in the 20th century have been used to create a twisted version of the Victorian-era British Empire that is based in Canada. She awakes and strives to set things right again, and also to make herself flesh-and-blood. She’s a kind person. She only wants to do right. Her main flaw is that she creates things for fun and doesn’t spend a lot of time worrying about the consequences until afterward. Sometimes, there are horrifying consequences.

* If this book is part of a series, tell us a little about the series?

We’ve all wondered, I think, about what we would do differently if we had a chance to go back in time. So I wrote a book (After the Jump) with that as the main premise. The character I created, Dr. Audrey Novak, ended up charming me unexpectedly. So now I feel compelled to write more books with her as the main character. There are at least two more in the pipeline in addition to the two I’ve already completed.

* What genre is your book and why do you write the genre?

Science fiction was my first love, so it feels like coming home writing in this genre. Plus, it was the only way to tell Audrey’s story. Among all the characters I’ve created over the years, she is my absolute favorite. She’s complex, funny, self-aware, loves humanity, and loves to make things that no one else can make. She’s both very old and very young.

* Is there a specific actor/actress/person that you use as a reference for your main characters?

I sometimes create characters from people I’ve known in life. The big bad guy in Explosive Decompression is based on Jon Konrath, a fellow writer. Konrath writes fiction that no one else writes — non-linear, weird, disturbing stuff. I hope he considers it a compliment that I keep making him a bad guy.

Audrey is partially based on Grace Hopper, the computer scientist and Navy admiral, and Audrey Hepburn, the actress and humanitarian, who lived through the occupation of Europe.

I’ve also used historic people as characters... Ronald Reagan, and so on. Most of my characters are composites of people I’ve known in real life. I let them talk in my head for months before I start putting words on paper. I hope that it helps make them real for the reader.

* Who is your favorite character from your book and why?

My favorite character is Audrey. But if I had a second favorite character, it would be Buzz Pepper, the hapless artist who is trapped in a G.I. Joe’s body on the moon. He’s the main character from my book Small Town Punk, now freed from realistic fiction and sent on a journey through time and space. Buzz is own person now. It’s always gratifying when one of my characters starts acting on his own and is out of my control.

* Why did you decide to become a writer?

I love books. I have spent my entire lifetime surrounded by books. So it was natural that I’d want to write some of my own.

* Where do your ideas come from?

For this particular book, my ideas sprang from real life tech... and the horrifying implications it has for the future.

* What is the hardest thing about writing?

Bad guys are problematic. You have to love all of your characters, or at least understand them, in order for them to be real to the reader. So writing a bad guy is a tough process. I have to go to some dark places in my psyche in order to flesh them out. I don’t like it, but it is necessary to write the type of books I’ve been writing for the past four years.

* What book/s are you reading at present?

In a world that is a science experiment gone horrifyingly wrong, scientist Audrey Novak awakes from a centuries-long sleep to discover that her work has been used to create an appalling world. Aided by commoners, bots, and another refugee from 20th century America, Audrey takes on the power elites on Earth and on the Moon in a novel that is equal parts adventure, science gone haywire, and rollicking humor. ?
Get the paperback
A sampling of acclaim for John L. Sheppard
"Sheppard's characters pretend not to be funny, to not be emotional, to not need each other, when of course, they are and they do. There's a clarity to the chaos, the restraint, the vulnerability Sheppard creates, something so human and essential you can't help but turn the page."
--Entropy magazine
"...an easy affection for his characters and a sense of natural, unforced humor."
--Booklist
"...You have a good time seeing someone have a bad time. It's fun..."
--Padgett Powell
"...raw feeling and taut smart prose."
--Sam Lipsyte
"The author grips you from the beginning, I couldn't have put it down if I wanted."
--Amazon reviewer

John L. Sheppard wrote the novels After the Jump, No Brass, No Ammo and Small Town Punk.   Follow the Book Tour