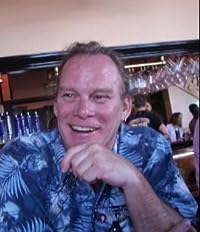 Tell us about your book(s)

My novels do not fit neatly into any one category. I always struggle with this question—my answer usually goes something like this…”Well, they’re sort of off-beat, crime, suspense thrillers…but not like mysteries…and they tend to have some unusual plots and some pretty unconventional characters. There’s usually some humor involved, but they aren’t comedies.”

Where did the idea of your (latest) book come from? My next novel (scheduled for release in the summer of 2013) is called Unfinished Business. It follows Meg Seabury, an embalmer/funeral director, as she finds herself compelled to carry out the last thoughts of the corpses she prepares for burial.
The idea came to me when I was talking to a friend of mine who, in fact is an embalmer/funeral director - and is also named Meg Seabury.
I was so impressed with the way she handled the fact that she worked with death all day/every day that I couldn't stop thinking about it until I came up with a story.

Who and what inspires you to write your books? I am continuously inspred by the world and the people around me.

Each author has their own fascinating journey. How did you begin writing? I began writing seriously in April 2007 when I was so intrigued by a dream I had that I had to write a story about it to make sense out of it.
Prior to that I had begun writing a novel in 1988, but I was unable to finish it.

Do you have any particular writing routines or rituals? I really don't. I write whenever I have time. It could be on my lunch hour at work, or at night after work. Whenever I can fit it in.

Do you write in order? For the most part - yes.
My books start as an idea (I call it the "What if" thought) and I know the basic plot and where I want it to end. After that I just start writing and let the characters take it away.
There have been times when I've had to go back to an earlier chapter to adjust/ad or subtract something to fit something I've written later on in the story.

What is on your playlist when you write? Mostly the blues. Sometimes jazz and occasionally classical.

Where do you like to write? I prefer to be in my office at home, but I'll write wherever and whenever I can.

Do you have any advice for authors wanting to publish? Yes...just do it.
If you want to write a book, don't make excuses - make it happen.
The absolute worst thing that can happen is you write a book that nobody likes. At least you can say you did it.
That's much easier to live with than saying "I always wanted to."

Are you currently working on anything else? Unfinished Business - as described above and the sequel to a zombie novella co-written with Armand Rosamilia.

Who is your favorite character and why? My favorite character is Ike.
Ike is a former Navy SEAL. He lives on his boat and works for a bookie.
Despite the fact that he has a tendency to bend the rules, he has an incredibly strong moral compass.

Favorite book of all time? That's a toss-up between Treasure Island by Robert Louis Stevenson and Black Cross by Greg Isles

I think breakfast says a lot about a person, what is your perfect breakfast? A cheese omelet with home-fries, wheat toast and bacon, a huge cup of hot tea and a nice tall glass of grapefruit juice.
If that's not available a bowl of Honey Nut Cheerios will work.

Please tell us in one sentence why we should read your book Because I need to establish a college fund for my grand daughter.

Check out all of his books at - www.blindoggbooks.com or Buy on Amazon HERE